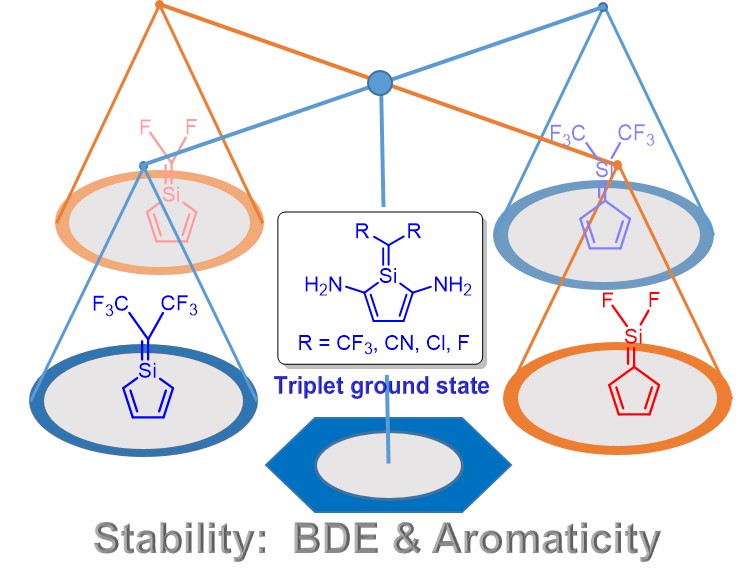 Metallabenzyne has attracted considerable interest from theoreticians and experimentalists since its first isolation in 2001. However, metallasilabenzyne, formed by the replacement of the carbyne carbon with a silicon atom in metallabenzyne, has never been reported either theoretically or experimentally. Here we carry out density functional theory (DFT) calculations on this system for the first time. Our results reveal a polarized and weak Os–Si triple bond in osmasilabenzyne due to the reluctance of the silicon to participate in π bonding.