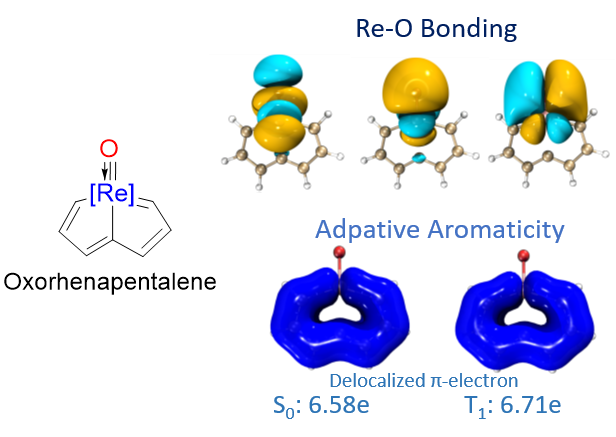 In general, species could be aromatic in the ground or excited state only according to Hückel’s and Baird’s rules. Thus, adaptive aromatics are particularly rare as they can be aromatic in both the lowest singlet and triplet states (S0 and T1). Here, we carry out density functional theory calculations on a series of rhenium oxo complexes to examine their structure, bonding, and aromaticity. It is found that all these complexes are aromatic in the S0 state. In contrast, their T1 states could be antiaromatic, nonaromatic, or aromatic depending on the ligands. 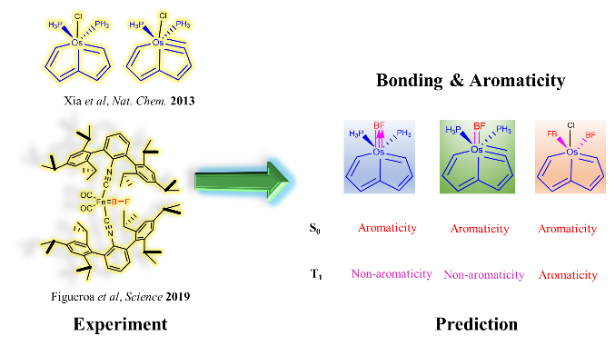 Osmapentalyne and osmapentalene complexes, now termed as carbolong species, have attracted considerable attention due to their novel structures, reactivities, chelating properties as well as Möbius and adaptive aromaticity. On the other hand, boron monofluoride (BF), a 10-electron diatomic molecule isoelectronic to carbon monoxide (CO), is unstable below 1800°C in the gas phase, and preparation of its metal complex is particularly challenging.